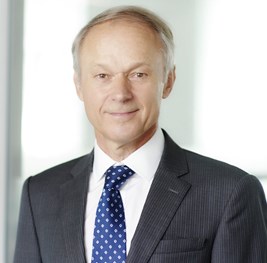 He was elected as Governor in July 2020.  He served over 40 years in the Army retiring in 2007 with the rank of Colonel.  He is currently the Chef Executive Officer of a Global Accounting network which has over 260 firms in more than 110 countries.  He has held this role for over 10 years.  He has lived in Salisbury for over 18 years and is active in the local community.

Married with three children and two grandchildren, his  grandchildren take up increasingly more of his  free time but other interests include golf (a member of the South Wilts Golf Club), walking and spending time with friends.