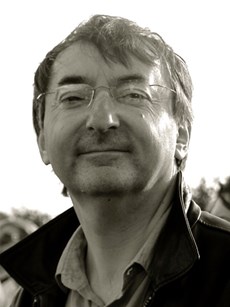 Born and brought up in London. After university, joined the BBC, working on NATIONWIDE, BREAKFAST TIME and NEWSNIGHT. Moved to Yorkshire Television in 1985. Programmes include the documentaries THE FALKLANDS WAR - THE UNTOLD STORY, AFGHANTSI and the two-part drama SHOOT TO KILL, about the work of John Stalker and his team in Northern Ireland.  Since 1995, has worked as a freelance in television drama.  Programmes include WARRIORS, about British soldiers on peacekeeping duties in Bosnia; THE GOVERNMENT INSPECTOR, about the death of biological weapons inspector Dr David Kelly; THE PROMISE, about British soldiers serving in Palestine after the Second World War; THE STATE, about British Muslims who travelled to Syria to join the Islamic State and WOLF HALL, the serialisation of Hilary Mantel's Booker Prize winning novels starring Sir Mark Rylance, Damian Lewis and Claire Foy. A former member of the BAFTA TV Committee and the BFI Board of Governors. A Fellow of the Royal Television Society. Formerly Chair of Governors of Salisbury High School,(Westwood St Thomas School), in Salisbury.